We learnt more about our newest Ivanhoe Rotarian David Davenport – the ‘Man behind the badge’.

David is a Melbournian, although raised in Canberra. His family also spent two years in PNG before returning to Melbourne in 2006. 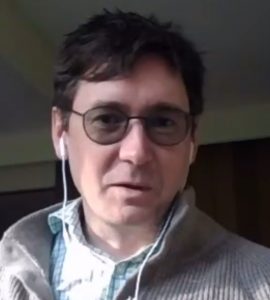 David told us how he began a career as an accountant specialising in tax. He now works for Australian Unity as a tax manager.

On the family front, David’s children are Oscar (8) and Scarlett (7). Hobbies include playing saxophone, rock climbing and field hockey.

During lockdown David has been going with walks with kids, jogging and baking bread.

Q. What is the difference between tax collector and a taxidermist?

A. The taxidermist only takes your skin.